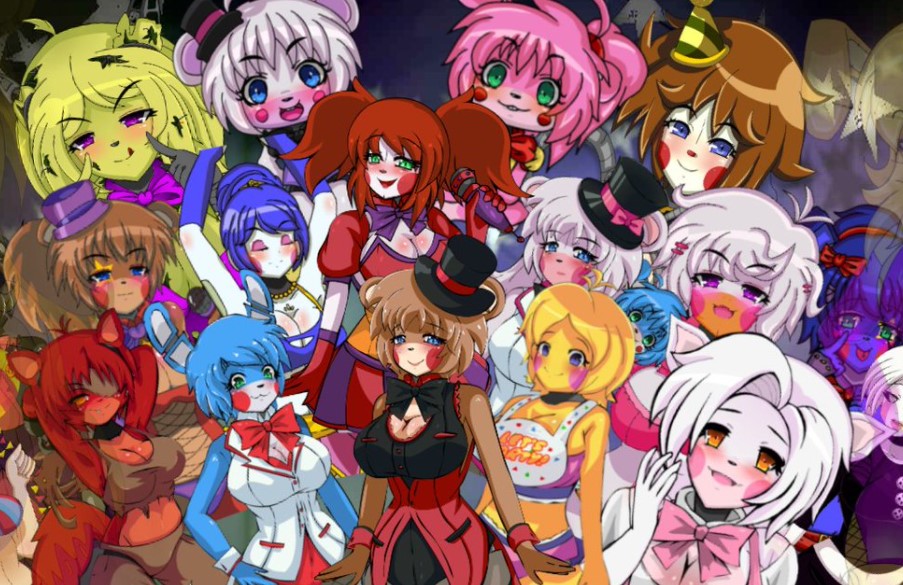 Five Nights in Anime is a parody of the well-known FNAF series of horror games, but in a very spicy style. While plunging into the game, you will once again appear as a watchman but this time the guarded object will be something like a theater or a concert hall where anime shows are held.
At the beginning of the game, you will receive a short tour of the area and instructions. After receiving the necessary tasks, you will be left alone. This is where the game begins. As you may have guessed, the main villains here will not look like evil dolls but like seductive anime-style beauties. This is the very highlight of this game. You should not show weakness and take their lead, these girls skillfully use their appearance and will easily catch you by surprise.
Five Nights in Anime also belongs to the category of games with an erotic hint. But there is also an abundance of humor and surprise. You are given a unique chance to attend a bright show of anime girls! As in a horror game, you are in a well-guarded building. But anime girls animatronics can overtake you. In addition, they are also very playful, they do not mind dancing a striptease on camera. Animatronics rush towards your office almost immediately and it is worth looking at the cameras to track this movement and close the necessary passages. The anime characters look cute, but these girls attack and kill the main character at the first opportunity, so be careful. If they catch you, they may even rape you. In general, the game is not devoid of both humor and eroticism. All fans of horror and erotic genre will surely appreciate this game.